What Do Recent Changes at CalPERS Mean for Brea?

Following a second consecutive year of abysmal earnings, as doubts about its future endure, the California Public Employees’ Retirement System (CalPERS) recently decided to cut its expected rate of return from 7.5% to 7.0%. This decision will cost California’s state and local governments dearly in terms of higher contributions in the short run; but as pension debt continues to mount, it may also save them from future financial calamity.

Even so, we are not out of the woods just yet. In fact, there is much more work to be done for CalPERS-managed pension funds to achieve long-lasting health. Nonetheless, CalPERS’s decision represents a small, welcome step toward a more sustainable future.

Watch the video of our May 12 pension event with Pete Constant and Truong Bui from the Reason Foundation's Pension Integrity Project, read their report and presentation focused on the City of Brea, and share them with your friends!

At the request of Brea First, pension experts from the Reason Foundation performed an analysis of the City of Brea's pension systems under CalPERS. Pete Constant and Truong Bui then presented that analysis in the form of a report and powerpoint presentation at our May 12 meeting. A video from that presentation will be available shortly on our Youtube page. Click on the images below to view their presentation and report.

Brea First offers its sincere thanks to the Reason Foundation for providing this service to groups interested in good government and pension reform. For more information, visit Reason's Pension Reform page or read the Pension Reform Handbook (PDF). 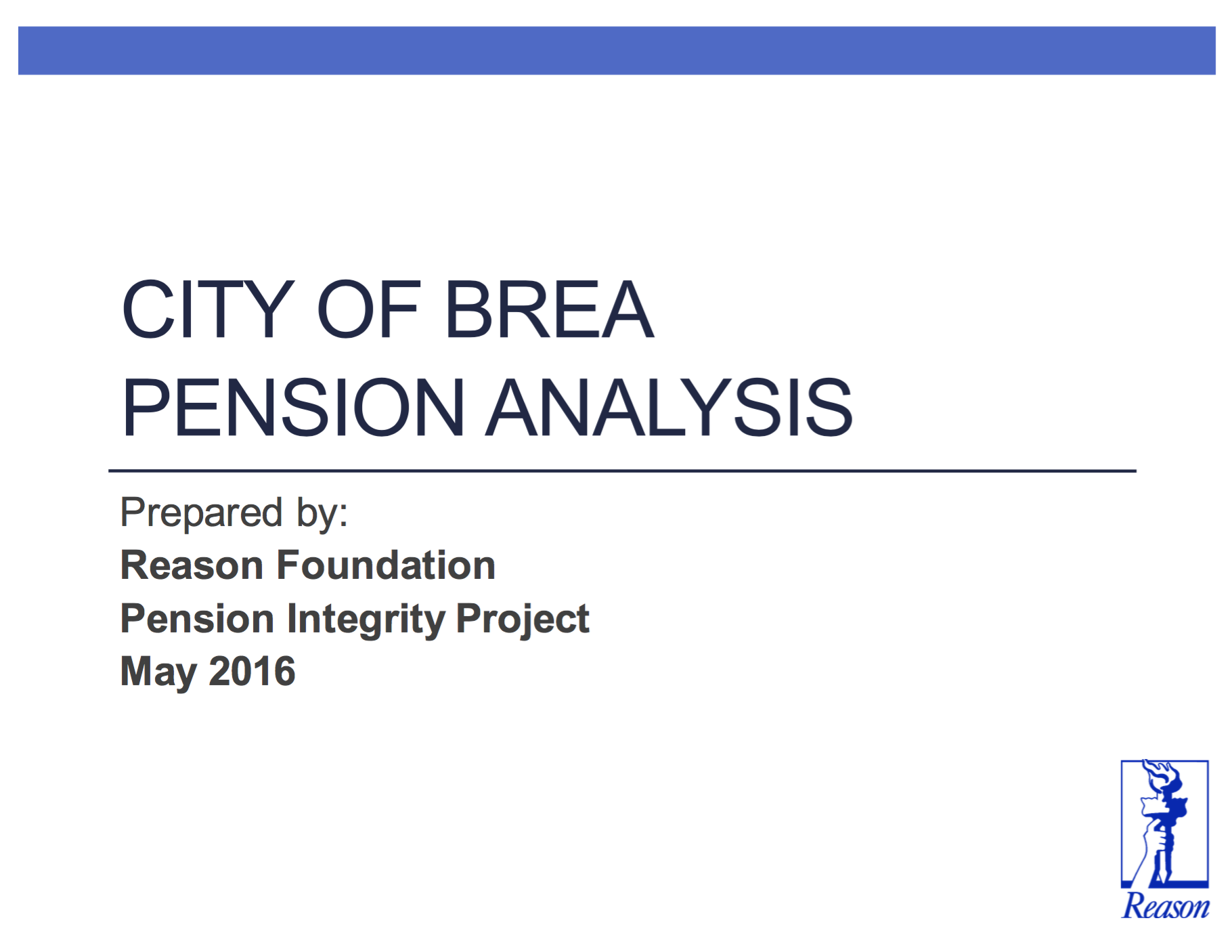 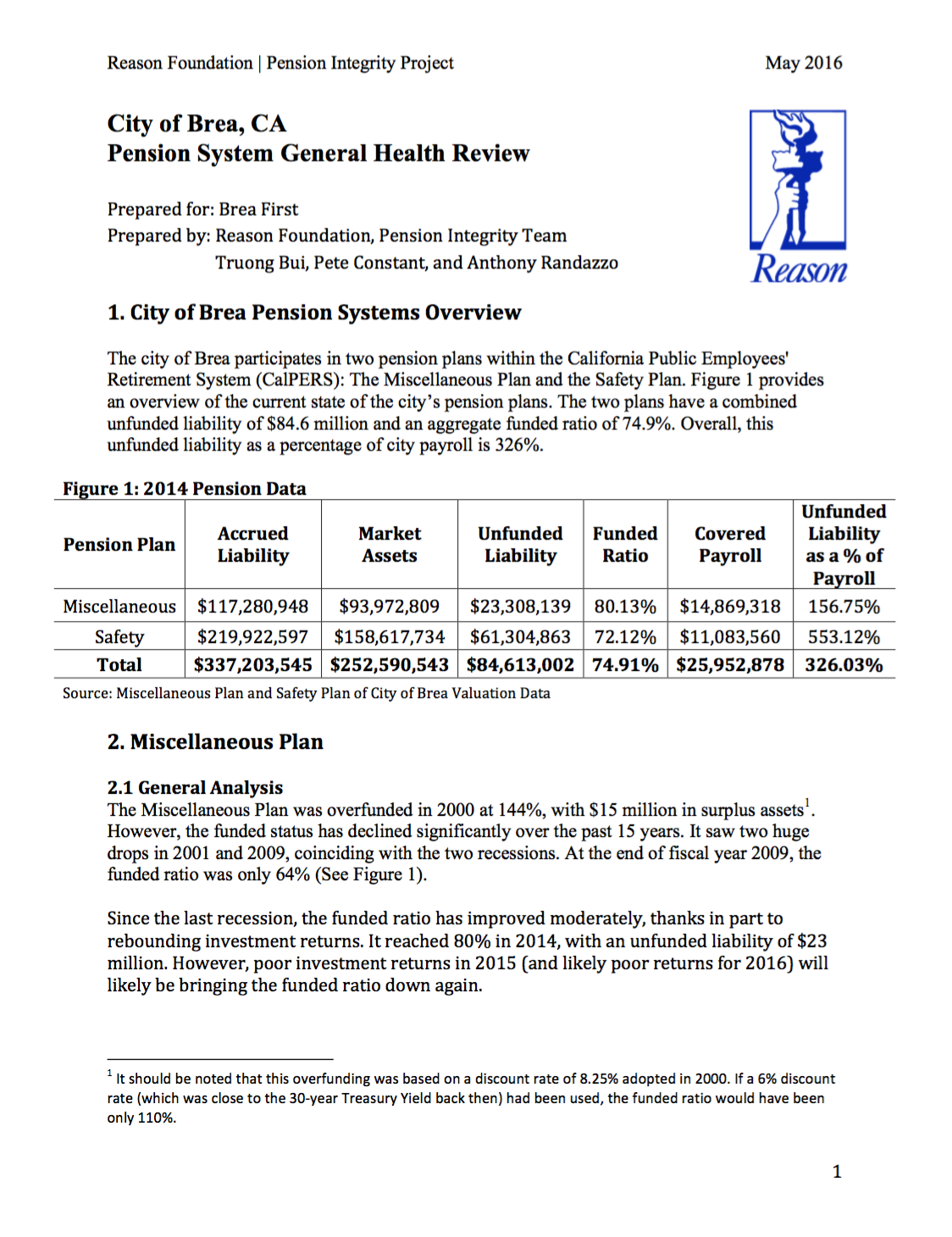 At tonight's meeting, Pete Constant and Truong Bui will present their report on the City of Brea's unfunded pension liability and pathways to reform. Below you will find several recommended resources for you to learn more about the problems common among public pension systems, and how a series of municipalities have responded, as well as Brea-specific resources for you to educate yourself.

Brea community leaders have come together to form a new group focused on putting Brea First.

The purpose of Brea First is to protect the best interests of all current and future residents of Brea, California. Brea First will work to enhance the public’s awareness of issues facing the community.

Issues of local government often do not get the attention they deserve. Over the coming years, Brea First will work at the grassroots level to put the welfare of the people of Brea first in the minds of its residents and business community. One way to do that is through promoting a better understanding of how Brea’s government works today, and how it can work better tomorrow.  Matters such as the role of government, government transparency and accountability, education, the environment, public services, public pensions, water, veterans’ welfare, direct democracy, Brea’s history, our future, and more are all worth discussing and improving.

Our hope is that by bringing these issues to the fore we can find and promote solutions to the challenges we face as a community. Brea First hopes to help the city turn a new page on the difficult and contentious, but tremendously important issues we face and focus on finding solutions.